FAQ About Getting Rid Of Old Computers

Did you decide to replace all of the old computers that are used by your household? If you are prepared to toss the old computers into a dumpster, you might want to consider different methods for getting rid of them. You must keep in mind that even if some of the computers don't work well, they might still be able to be used for various things. Making sure that computers don't end up in a landfill is a great way to help the environment. This article has the answers to some of the questions that you might have about getting rid of old computers.

Why Shouldn't Computers Be Taken to a Landfill?

Although computers can be taken to a landfill without a problem, they can actually pollute the environment if the landfill isn't properly managed. The reason why is because many of the parts that are inside of computers contain things such as lead and mercury. Basically, if lead and mercury were to escape from the parts, they can seep into the soil. The contaminated soil leads to groundwater being contaminated as well, which is not good for human consumption. Contaminated groundwater is also unhealthy for animals, which can have an effect on how many animals are able to be used for food.

Can Usable Old Computers Be Donated?

You should be able to find charities that will be able to use the old computers if they still work. Donating your old computers is actually a great way to help other people. The computers can be used in schools that don't have a large budget for supplies. Sometimes charities donate the computers to low-income families that need the electronics for various reasons. It is possible for old computers to be refurbished with a few new parts to bring them back to a satisfactory condition before they are given away by charities.

How Can a Recycling Center Use Old Computers?

Basically, what a recycling center can do is completely disassemble your old computers to find parts that ca be used for manufacturing other products. For example, there are various types of metals that can be taken out of computers and reused, such as copper and gold. Most of the plastic parts on the computers can be melted down and used for other products as well. By choosing PC recycling, it helps you to avoid tossing them out where they will end up sitting in a landfill.

Read in about 2 Minutes 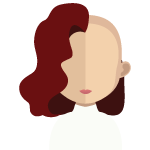 Hi everyone, my name is Micah Alexander. I am excited to share my knowledge about recycling on this website. The city I live in requires that all residents recycle metal, glass, plastic and paper products. All of these items are separated into bins that are picked up by a variety of trucks. The recyclables are sorted and processed to make new products out of their materials. I would like to explore all of the ways recycling benefits the environment. I will also explore the ways recyclers process the materials to make new products. I hope that you will follow my site to learn more about this fascinating industry. Please come by again soon. Thanks.